When you get ready to restore a car, it may be a classic, but it can also have modern features. Some of the cars that were built in the late '70s and '80s had technology that was less than perfect. With the concern focused on emissions and fuel efficiency, some cars had fuel systems that were plagued with problems. The early fuel injection systems also had problems. Here are some of the problems that you may have with a restoration project that was ahead of its time when the car was built:

In the 1970s, the auto industry was beginning to manufacture cars that met new fuel standards and had better gas mileage ratings. The cars had early emissions controls installed on them, which would often affect the cars performance. One good example of this is the Chrysler Newport, which was a giant sedan with a big V8 engine and some of the earliest emissions controls and fuel systems to reduce consumption. If you are restoring one of these cars, it is best to remove these outdated parts and replace them with modern aftermarket parts that perform better.

2. The Failures of Some of The Earliest Fuel Injection Systems

The earliest fuel injection systems may also cause problems with your restoration project. To solve the problem, take the car into an auto repair service and have them install modern injectors and controls that will improve performance and give your car a power boost. In addition, old carburetors can be replaced with modern fuel injection if your project is more customization than original restoration. These improvements can help solve the problem with fuel and air mixture.

3. Steering, Traction and Suspension That Was Ahead Of Its Time

There are also some cars like the Honda Prelude, which had suspension designs that were advanced. The Prelude had an all-wheel steering system that made it handle great. These systems have components that wear and need to be replaced overtime. If your restoration project has special suspension components, make sure that they get regular maintenance to ensure your car handles as it should.

These are some of the problems that you may have with a car that was ahead of its time when it was built. Contact a used car dealer to find one of these cars for your restoration projects and update them with modern technology. 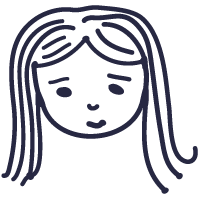 There are a few times in my life that I have really known that I wanted to purchase something, and the day I found the car of my dreams was one of them. I wanted to climb into it the first time I found it, and I was really impressed with how gorgeous it was. It was painted beautifully, finished with all of the latest upgrades, and designed to impress. This blog is here to help other people to know how to find the right vehicle, so that you can enjoy a beautiful car that you can be proud of.

5 Great Cool Car Tech Features
14 January 2021
When it comes to new cars, there are always lots of tech features to consider. Some of these tech features are cooler than other tech features. Here a …

Why Auto Financing May Be The Right Option
16 November 2020
If you're looking for a new or used vehicle, enrolling in an auto financing plan will help make paying for the vehicle easier. Auto financing is essen …

How To Have A Pleasurable Experience Working With A Dealership Service Center
28 August 2020
After purchasing a car from a dealership, you'll have the opportunity to take it in to the dealership's service center. It could be an oil change that …